Animal Collective release more quality music in a year than most groups put out in a decade. And in 2009 they produced some of their most compelling, mature, and artistically sophisticated music yet. Merriweather Post Pavilion is an album without peer, a truly remarkable achievement. In a year of singles, this proved beyond a shadow of a doubt that the art of the album is alive and well. While full of great tracks, the real star is the single, “My Girls,” which is my pick for song of the year. Merriweather Post Pavilion is an instant classic.

Dan Deacon’s first major release, 2007’s Spiderman of the Rings, revealed a new force in indie electronic music—a true mad genius. But it wasn’t until he produced Bromst that the world saw the magnitude of his talent and the beauty of his madness. Deacon is a conservatory-trained musician, and in his new album he reveals his training in all its grandeur, producing some of the most compelling tracks of the year. The opening song, “Build Voice,” immediately demonstrates what a gift this album is. As great as Merriweather Post Pavilion is, Bromst was my personal favorite of the year.

Grizzly Bear have steadily become one of the hottest young bands making music today—and for good reason. Their 2004 debut, Horn of Plenty, instantly put them on the map; with 2006’s Yellow House, they catapulted to stardom, even touring with Radiohead (Jonny Greenwood actually said Grizzly Bear was his favorite band). With Veckatimest, named after a small island in Massachusetts, they have topped themselves once again, producing one of the most mature and refined albums of the year. Songs like “Two Weeks” and “Ready, Able” are proof that these are some of the best songwriters in the business today. 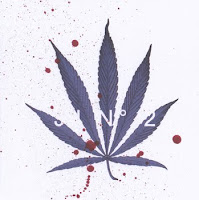 Very little is known about this new Swedish pop group, except that their debut album is one of the most beautiful and enchanting releases in recent memory. A truly infectious album, jj nº 2 is arguably the biggest crowd-pleaser of 2009.

Fever Ray is the solo project of Karin Dreijer-Andersson, who is the other half of The Knife, which she co-leads with her brother, Olof Dreijer. Fever Ray’s self-titled debut release this year is a dark, moody, atmospheric album which, in my opinion, even surpasses The Knife’s superb 2006 album, Silent Shout. As great as the songs themselves are, Fever Ray is best enjoyed through the magnificent music videos.

Yet another remarkable debut album! The xx are a three-piece British band who produce super-chill dream pop. They don’t bowl you over with bombast; instead they envelop you in a subtle atmosphere of lush vocals and rich harmonies. While still a very young group, their self-titled debut reveals great promise. This is a group to follow closely in the future.

In a year of debuts, it is especially welcome to see an old favorite return to classic form. And that is precisely what the Flaming Lips accomplished with their two-disc Embryonic. The psychedelic space rock of the Lips is well-known, and albums like The Soft Bulletin (1999) and Yoshimi Battles the Pink Robots (2002) are widely (and rightly) considered some of the best albums of the last few decades. However, the group took an awful detour with 2006’s At War with the Mystics. It is thus truly welcome to see them produce their best music in a decade with Embryonic. The real stand-out track is the now-famous epic closer, “Watching the Planets.” 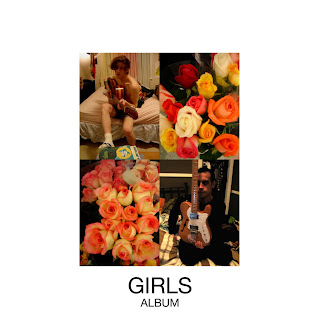 The story of Christopher Owens—specifically his being raised in the Children of God cult, known today as The Family International—is now legend and will not be repeated here. What will be repeated is the extensive praise for the debut album of his band, Girls, based in San Francisco. The album, entitled Album, is clearly the product of a man with serious emotional baggage, and in this debut Owens pours his heart out. The result is a refreshingly honest and naked artistic achievement. But it’s also musically compelling in every way. While I have doubts about the possibility of any follow-up living up to the quality of this debut—what a debut! 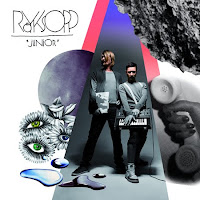 Röyksopp has been making some of the best dance music anywhere, and 2009’s Junior might be their definitive statement—a grand album that overwhelms the listener with the its sonic depth and sheer exuberance. While “The Girl and the Robot” is the superb sing-it-in-the-shower single, another stand-out track is “This Must Be It,” featuring Karin Dreijer-Andersson of Fever Ray and The Knife (see above). In truth, the whole album is dance-pop perfection. 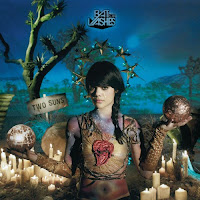 Bat for Lashes is the stage name of British synch-rock artist, Natasha Khan, who first appeared on the scene with Fur and Gold in 2006. Her latest is a concept album focusing on Khan’s alter ego, Pearl. The sound of the album bears some similarities to Fever Ray, though not as creepy and with a broader musical palette.

15. Florence and the Machine, Lungs

19. Antony and the Johnsons, The Crying Light

21. The Big Pink, A Brief History of Love

Honorable Mentions (not necessarily the next on the list, but albums that I enjoyed and feel deserve some recognition):

Tony Hunt said…
Excellent list David, your musical mind is as bright as your theological; though I would burn everything touched by Phoenix if I could. It's like a decade-too-late-beached out version of the Strokes...by French dudes...Please :)
December 22, 2009 7:57 PM

dan said…
No Antlers or Sunset Rubdown? I thought their albums were better than a good many on this list.
January 05, 2010 1:05 PM

You're right, those are very good albums. This is the list of what "grabbed" me this past year. For some reason, those albums just didn't "do it for me," even though they are technically excellent. I probably just didn't listen to them enough.

But I definitely missed some very good albums, mostly because I just didn't have a chance to listen to them very much. Most notably, Mos Def's "The Ecstatic" and Passion Pit's "Manners." Both superb albums. Definitely belong in the top 15.
January 05, 2010 1:10 PM

dan said…
Fair enough. When it comes to music I'll always take what grabs me over technical excellence... and I know that I tend to have a bit of a weird taste in music. In fact, that's why I felt sort of ho-hum about a good many albums that were highly rated in '09.
January 05, 2010 1:48 PM

Anonymous said…
Given your interests I would highly recommend Romona Falls, especially their song I say Fever.
February 05, 2010 9:38 AM

Carrie Allen said…
I found your blog through a Ben Myers link. I love that you love theology and indie music. That basically sums me up as well. Looking forward to following you. :)
August 04, 2010 6:19 PM