As my (few remaining) readers will likely know, I am now an associate editor of academic books at IVP (disclaimer: the views on this blog are wholly my own and do not represent the views of IVP). I’ve been on the job for the past two months, and it’s been a great experience so far. While I miss Princeton—the great community and the equally great library—my wife, Amy, and I are both very glad to be in the greater Chicago area.

Even though I have a full-time job that is keeping me very busy, I haven’t left the academic world behind. Far from it. I have a book essay, two articles, and two conference papers coming up, and this post will be a brief summary of each for those interested. The three essays are all related to apocalyptic theology, while the papers branch out to somewhat new territory for me. 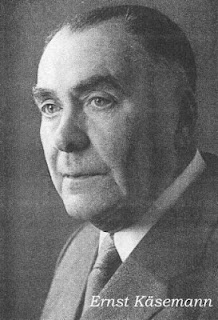 The first essay is my contribution to the edited volume, Apocalyptic and the Future of Theology, co-edited by Douglas Harink and Joshua Davis (hopefully out by the end of 2012). The essay is titled, “Eschatologizing Apocalyptic: An Assessment of the Present Conversation on Pauline Apocalyptic.” I originally gave this as a paper at the 2011 AAR in a working group on Explorations in Theology and Apocalyptic. The paper argues that the apocalyptic conversation is hampered by a lack of clarity regarding the meaning of the term. I reinvestigate the debate between Käsemann and Bultmann to reveal that contemporary apocalyptic theology is actually closer to Bultmann, which helps to explain why there is so much confusion in the present conversation. I take this to be a positive thing, viz. as a reason to rehabilitate Bultmann as an apocalyptic thinker rather than as grounds for criticizing the contemporary work in apocalyptic (with which I am entirely sympathetic). I then look at the work of Jacob Taubes, who helpfully reveals an alternative, and highly problematic, interpretation of apocalyptic. I conclude by differentiating between two strands of apocalyptic theology and suggest that those who follow the Martyn line of thinking need to more explicitly “eschatologize apocalyptic” by constructively clarifying the way they break with traditional apocalyptic ideas (especially the notion of “imminent expectation”).

“Bonhoeffer and Bultmann: Toward an Apocalyptic Rapprochement”
The second essay is an article forthcoming with IJST, probably in early 2013. This began as a paper presented at the 2011 conference at Notre Dame on New Conversations on Bonhoeffer’s Theology. I subsequently rewrote the entire paper in light of the research that I did for the AAR paper, “Eschatologizing Apocalyptic.” As a result, the two essays were essentially written concurrently. The IJST article develops the Käsemann-Bultmann debate further and uses it as a launching point for a reconsideration of the Bultmann-Bonhoeffer relationship. Recently scholars such as Philip Ziegler have argued, persuasively in my opinion, that Bonhoeffer should be viewed as an apocalyptic theologian in a Pauline mode. I argue that, if this is the case, then we have grounds for reading Bultmann as an apocalyptic theologian as well. The bulk of this essay is devoted to an analysis of Bultmann in order to demonstrate that the standard interpretation of his theology is worthy of close scrutiny. I highlight passages such as the following from a 1931 Advent sermon: “The coming of the Lord, which the Christian community anticipates in Advent and celebrates at Christmas, is not at all primarily his coming to the individual, his entering into the soul, but rather his coming to the world. This coming . . . is not something which the soul ever and again experiences; such a comfort quickly vanishes. Rather it is the coming of the Lord into the world; it is the word that the Lord has come and is with us.” 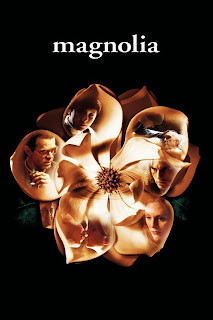 “Reconsidering Apocalyptic Cinema: Pauline Apocalyptic and Paul Thomas Anderson”
At the same time I wrote the above two essays, I also applied this same body of research to the film and theology conversation. This was purely for fun, and I thoroughly enjoyed writing this piece. It should appear later this year in the Journal of Religion and Popular Culture. I begin by showing that current discussions of apocalyptic themes in film are dependent upon an old notion of apocalyptic that belongs to the thought-world of Second Temple Judaism. I then present what I take to be the revisionist apocalypticism of the new Pauline school (Martyn et al.) and suggest that this understanding of apocalyptic offers new vistas for a theological engagement with cinema. I suggest that Paul Thomas Anderson’s masterpiece, Magnolia, serves as a perfect example of apocalyptic cinema in a Pauline mode. I argue that interpreting the film in this way actually makes the best sense of the film’s own narrative and satisfactorily addresses some of the common criticisms.

AAR paper #1: “The Missionary Situation of a World Come of Age: The Problem of the Missionsgemeinde and Volkskirche in Bonhoeffer”
My first AAR paper looks at the role mission plays in Bonhoeffer’s theology, both early and late. I focus on Sanctorum Communio and the essays gathered in volume 16 of the collected works. I argue that there are serious problems with the way Bonhoeffer thematizes mission in these works. In the writings of 1942, in particular, Bonhoeffer posits a split between a Volkskirche and a Missionsgemeinde as two equally legitimate forms of the church in the world. This effectively makes mission a subordinate and nonessential aspect of the church and opens up the very theoretical gap that the German Christians exploited in 1933 in defense of the Aryan Paragraph. I suggest that there are positive resources in Bonhoeffer for a theology of mission today, but these are to be found in his discussion of a non-religious interpretation of Christian faith.

AAR paper #2: “Hegeling Kierkegaard: Barth’s Historicization of Kierkegaard’s Incognito-Christology”
This title might be a little misleading, since I probably won’t have time to actually develop my own constructive Barth interpretation. That’s (hopefully) not a bad thing. The full paper has three sections. The first and most important is a close historical analysis of Barth’s relationship to Kierkegaard. Like Jon Stewart’s recent argument regarding Kierkegaard’s relation to Hegel, I argue that Barth’s ostensible rejection of Kierkegaard after 1926 has nothing to do with Kierkegaard himself and instead everything to do with his rejection of contemporary Kierkegaardian theologians whose ideas he opposed. The second section then examines the recent magisterial work of Cora Bartels, who has written a two-volume work on Kierkegaard’s reception among the dialectical theologians. I briefly explicate her analysis of Barth’s Göttingen dogmatics and suggest that what Bartels is actually looking for can be found in the later volumes of the Church Dogmatics. The third section of the paper, which I probably will not have time to read, will then explore the ways in which Barth constructively incorporates Kierkegaard into his mature dogmatic theology.

In addition to all of this, of course, Travis and I are putting the finishing touches on the manuscript for Karl Barth in Conversation. You can look forward to that in 2013.
Email Post

Anonymous said…
"I am now an associate editor of academic books at IVP (disclaimer: this does not represent the views of IVP)."

Ian Paul said…
David will you be at SBL in Chicago. I have really enjoyed your posts on the Trinity and gender.
September 18, 2012 8:39 AM

Geoff said…
Hey David, I'm sure you're busy, but if you have time (and if it's acceptable), I'd love to read a copy of your paper on Kierkegaard and Barth. Take care.