The following piece was written last summer and submitted for publication to a popular Christian periodical. It was a time-sensitive piece, since I wrote it to commemorate the 40th anniversary of Bultmann’s death. I still think it’s a valuable and worthwhile piece, so I am publishing it here, though it is not as timely as it could have been. 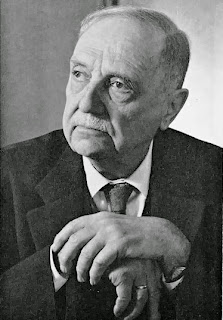 The twentieth century’s most influential New Testament scholar, Rudolf Bultmann, died forty years ago on July 30, 1976. The occasion offers an opportunity to reflect on his enduring legacy. A TIME magazine article in 1964 made the statement that “Dr. Rudolf Bultmann’s [University of] Marburg Disciples . . . dominate German theology the way the Russians rule chess.” Today, however, if he is read at all, it is as a required text in advanced seminary courses or doctoral seminars.

A number of factors conspired to turn Bultmann into a relic from the past rather than an ongoing source of theological insight and inspiration. His New Testament scholarship was tied to views about Gnosticism and early Christianity that came under intense criticism with a new generation of scholars. Bultmann was also presented to English-speaking audiences as a Heideggerian theologian; this made him seem passé as Martin Heidegger’s existentialist philosophy was superseded by newer philosophical trends. But above all it was his program of demythologizing, which became the source of international controversy in the 1950s, that resulted in both his fame and his later fall into disrepute. Perhaps now, forty years after his death, we have enough distance to see his program in a new light.

We can compare Bultmann’s program to a mosaic. If you stand too close to a mosaic, all you see are the individual pieces—an acute triangle of red, a rectangle of green. But when you step back you are able to see the whole as a coherent picture. Similarly, a close analysis of demythologizing can get stuck on the particular details of his exegesis. We have to step back and survey his various writings on the topic in order to see the full picture.

Bultmann began his career as a form critic of the New Testament. One of his early doctoral advisers was Johannes Weiss. In 1892 Weiss showed that Jesus and the writers of the New Testament held very different ideas about the world and history compared to modern Christians. They belonged to a different culture. This was highly controversial at the time but was widely accepted by the time Bultmann began his studies.

The challenge for Bultmann and others at the time was whether we can speak of some truth in Christianity that transcends this cultural barrier between past and present. Weiss spoke of issuing the old coinage at a new rate of exchange. Adolf von Harnack, one of Bultmann’s professors, spoke of separating the temporal husk from the kernel of eternal truth. These were salvage operations designed to sustain liberal Protestantism. Karl Barth issued a wholesale critique of these liberal approaches by arguing that the truth of the gospel lies beyond history altogether in the wholly other God. Bultmann shared Barth’s convictions regarding the otherness of God, but he also sought to address the complexities of history and culture. His program of demythologizing was his solution to this problem.

In essence, demythologizing affirms a divine revelation that is irreducible to any single culture or context. Bultmann’s word for this revelation is “kerygma,” a term taken from the New Testament word for proclamation. In order to recognize this kerygma in the text, we have to distinguish it from the cultural perspective of the biblical authors. Bultmann refers to this process as criticism of the ancient “world picture.” If we are going to proclaim the kerygma today, however, we must find new language appropriate to our context. Bultmann’s term for this is “existentialist interpretation,” which he also calls “translation.”

Bultmann does not mean that existentialism is the only appropriate way of understanding the Bible today. The term, as he uses it, contains two ideas. First, it means we must speak about God in a way that is meaningful to us today. God is not an abstract object that we can observe from a safe distance but rather a reality that affects us personally. Second, it means existentialist philosophy provided the language Bultmann found most useful in conveying the kerygma to his audience. 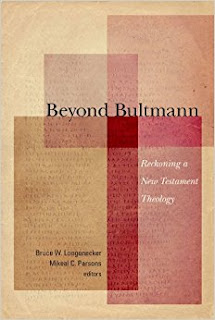 This does not mean we must use the same conceptual framework. In a lecture given at the same gathering where he publicly announced his demythologizing program, Bultmann insisted that “even the most accurate translation itself needs to be translated in the next generation.” He took for granted that his particular translation would become obsolete. Demythologizing does not produce a permanent, “demythologized” gospel. Instead, it explains why the gospel has to be heard anew in every context.

The year after Bultmann’s death, one of his former students, Günther Bornkamm, published a eulogy in which he said that “the critical conversation with [Bultmann] cannot and should not cease if our scholarly work is not to decline catastrophically.” This is a warning worth heeding. While for a time the critical conversation came to a virtual standstill, today there are signs of recovery. Baylor University Press published a volume in 2014 called Beyond Bultmann that engages his magnum opus, the Theology of the New Testament. Younger scholars like myself are exploring his theology from new vantage points.

The days of Bultmann dominating theology may be long over, but his work continues to inspire new explorations in Christian faith and practice. Perhaps the next forty years will see a renewed interest in his legacy for the church.
Email Post
Labels: Bultmann