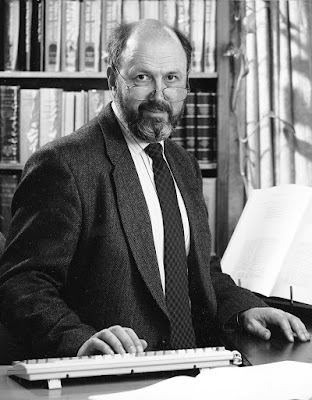 This past summer the well-known New Testament scholar, N. T. Wright, made headlines for his letter to the London Times in which he claimed that “the confusion about gender identity is a modern and now internet-fuelled, form of the ancient philosophy of Gnosticism. The Gnostic, one who ‘knows’, has discovered the secret of ‘who I really am’, behind the deceptive outward appearance. . . . This involves denying the goodness, or even the ultimate reality, of the natural world.”

The claim that trans* identity is a form of gnosticism has a long legacy. Oliver O’Donovan may have been the first to connect them in his 1982 pamphlet Transsexualism and Christian Marriage, where he says the “claim to have a ‘real sex’, which may be at war with the sex of my body . . . [is] a kind of Gnostic withdrawal from material creation.”

The 2003 House of Bishops report, Some Issues in Human Sexuality: A Guide to the Debate, quotes O’Donovan directly to provide expert support for the view that “transsexualism” implies a gnostic dualism. The report amplifies this view by quoting the ethicist Robert Song, who characterizes medical interventions to change the body as a form of gnosticism. Song asks, “Is one’s true self to be found in separation from or identification with one’s body?”

Framing sex reassignment surgery as a separation from the body, however, is a significant misunderstanding. In her 2005 response to Some Issues, Christina Beardsley observed, “The transition journey, in which the subject’s body is subtly or dramatically changed by hormones and surgery, is not the Gnostic rejection of the body, or a dismissal of its imp
ortance, but a quest for a fuller embodiment of the person.” The trans* person pursuing resolution of gender dysphoria desires identification with the body. The separation is precisely the problem, not the solution.

Nevertheless, the notion has persisted and spread throughout conservative Christian circles. Kevin Vanhoozer recirculated O’Donovan’s views in his 2009 essay for the Zondervan volume, Four Views on Moving beyond the Bible to Theology. In the course of six pages on the “lie” of transsexuality, he asserts that this idea “flirts with a gnostic, even docetic, disregard for bodily reality.”

More recently, Catholic Bishop Robert Barron connected Caitlyn Jenner with the “Gnostic heresy” in June 2015, which prompted a response by the trans Catholic Anna Magdalena Patti. She observes that “the word ‘Gnostic’ has become to Catholicism what ‘Communist’ was to McCarthy-era Americans.”

Peter Leithart, in February 2016, decried an “invasive Gnosticism”—a theological parallel to the conservative worry about “invasive leftism”—because of the Washington State Human Rights Commission’s policies regarding gender-neutral restrooms. These policies, he claimed, are “an effort to use the blunt power of the state to to [sic] make Gnostics of us all.” According to Leithart, trans* people have power that “ancient Gnostics never dreamed of,” since they “can wish away the shameful bits of our bodies with a wave of the will.” Some might respond: if only this were so!

The majority of these claims boil down to a rejection of the distinction between sex and gender, between biology and psychology. Conservatives dismiss not only psychological experience but also the social construction of gender. By conflating gender with genitalia—and thereby failing to confront the challenge of intersex persons—conservative theologians and ethicists are able to smuggle in socially constructed gender norms under the guise of biology and so claim that certain hierarchical and patriarchal social dynamics belong to the permanent structures of creation. Anyone who denies these cultural norms thereby denies creation and is thus a gnostic.

Vanhoozer, for example, grounds these cultural norms in the will of God. God’s decision to create establishes a divine drama, and our purpose in life is to discern our dramatic role in the world. The limits of our role are “given to us with our biological sex.” By refusing what is “a natural given,” a person “exchanges the gospel for the pottage of self-determination.” Vanhoozer thus characterizes self-determination as gnostic heresy. If one is to live in obedience to God, then one must conform to the roles that have been established for us by our biology—an argument that has been used historically to legitimize gender subordination, slavery, and genocide.

The conservative Christian rejection of gender identity is further bound up with the dismissal of sexual orientation and mental health concerns. Each case involves pitting individual experience against traditional norms and narratives (e.g., homosexuality is a choice, depression is the result of sin, etc.). While each case is distinct, they all challenge the traditional Christian bias against psychology and experience in favor of a narrow reading of scripture and tradition, one that is not tempered by considerations of pastoral care and medical science.

Unlike sexual orientation and mental illness, however, trans* equality, with its talk of identity and the body, was labeled heretical and not merely sinful. 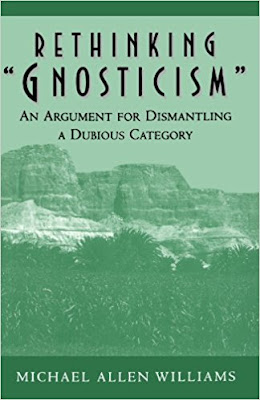 But the charge of gnosticism is highly problematic. Research on late antiquity shows that “gnosticism” at best is a broad umbrella for a widely diverse range of texts and beliefs. In his groundbreaking work, Rethinking “Gnosticism”, Michael Allen Williams challenges the entire discussion of gnosticism, even criticizing the “scholarly orthodoxy” that speaks of “a characteristic ‘gnostic contempt’ for the body.” The most colorful expressions of hatred of the body are found not in those texts described as “gnostic” but in the accounts of the desert monks. Moreover, many “gnostic” texts also present the body as divine or as something to be transformed.

The concept of a “gnostic heresy” is arguably an invention of Irenaeus, the second-century bishop whose treatise Adversus haereses appears to provide the earliest and most detailed systematic account of gnostic beliefs. However, thanks to the discovery of the Nag Hammadi codices, it is now evident that the system of belief Irenaeus depicts is represented by only a small fragment of the texts that might be labeled as gnostic. Even these texts display significant diversity. The “gnosticism” of Irenaeus is thus a rhetorical construct he devises for the purposes of his argument.

The same shifty use of the term continues in today’s hunt for modern heretics. And the sloppy use of the term is not limited to blogs, church reports, and magazine articles. Wright himself displays an alarming lack of precision even in his academic work.

In his 1700-page work, Paul and the Faithfulness of God, he defines gnosticism primarily as “the idea of a rescue out of the cosmos,” a definition he does not nuance or qualify. (If true, it seems hard to square this with trans* people who wish to be more fully in the body, not away from it.) Elsewhere in his study, however, he defines gnosticism as the denial of a “continuous narrative” from creation to redemption by way of the covenant. He then leverages this more abstract definition against theologians like Karl Barth and Rudolf Bultmann, as well as the present “apocalyptic” interpretation of Paul.

None of them, Wright would admit, conceives of salvation as escape from the world, much less the body. Instead, they argue that Christ’s coming is a radical break with the old order. The incarnation inaugurates something new and unanticipated that transforms our prior understanding of God, the world, and ourselves.

Wright calls this a “non-narrative” because it’s not the “right” narrative; it doesn’t fit the schema he’s ostensibly derived from (or rather imposed on) the Bible. Any account that doesn’t fit his narrative loses continuity between old and new, and since Wright assumes that narratival continuity is a prerequisite for affirming the goodness of creation, he charges these views with embracing gnosticism.

Despite his professed concern for historical research, Wright has dehistoricized the concept of gnosticism and turned it into an abstract type or narrative pattern. He then applies this label to positions and persons that haven’t a shred of connection to the ancient system of belief, so long as they seem to fit the pattern.

The whole conversation poses a pressing pastoral dilemma. The 2015 U.S. Transgender Survey by the National Center for Transgender Equality revealed that trans* individuals are nine times more likely to attempt suicide and one-third were living in poverty, about twice the national average. Is the church more concerned about trans* lives or about rooting out what it perceives to be heresy?

Even if it were proven that all trans* people were heretics, the church that follows Jesus—who chose to share table fellowship with the cultural “heretics” of his day—should always choose to be with and for them. A church that prioritizes doctrinal purity over the marginalized neighbor may need to ask itself who the real heretic is.
Email Post

Unknown said…
Interesting! I have been wondering about the origins of this trope. I knew it came from O'Donovan, but how did he come to it?

The polemical usage of "gnostic" as an ideological category arrived at through a fraudulent theological, philosophical, and historical analysis goes back to the 1950s. Hans Jonas used the term as a critique of his teacher, Heidegger, but it was the prior work of Gershom Scholem that made this possible. Drawing on both of these men, Eric Voegelin adapted "gnosticism" to attack Calvin, Hegel, Marx, Hitler, and others he classified as gnostics or "immanentists." This work, which he later abandoned, pleased his primarily Catholic and conservative backers. Voegelin was mainly interested in impressing Leo Strauss, as this material was written for the Walgreen Lectures at U. Chicago. "Don't immanentize the eschaton" was used in the Goldwater campaign as a slogan by nerdy Buckley-ites, and it has never quite gone away. It's supposed to be a devastating critique of the left, but in its best form it's much more than that. Mark Lilla doesn't mention this material at all in his essay about Voegelin in The Shipwrecked Mind, which surprised me.