Why I Love John Webster

[This short essay was composed for a series entitled, "For the Love of God: Why I Love ...," conducted by Ben Myers on his always fascinating blog, Faith and Theology. This is the full-length version of the essay.]

Why I Love John Webster 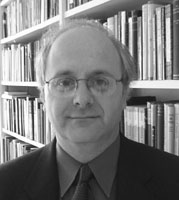 “Christian theology is properly evangelical, because it is generated by the gospel” (Word and Church, 110).

This line near the end of John Bainbridge Webster’s treatment of Barth and Bonhoeffer on Scripture stands like a banner over his own dogmatic work. Webster represents the future for English systematic theology simply because of his unwavering attention to the gospel—to the gracious Word of God incarnate, written, and spoken (to use Barth’s threefold distinction). To use another concept in Barth, developed by Eberhard Jüngel—both Barth and Jüngel are mentors as well as scholarly interests—Webster is committed to “thinking after” and “speaking after” God’s own speech in the Word of the gospel.

I was in my third year at Wheaton College when John Webster came as the keynote speaker for the annual theology conference. The topic for the conference was evangelical ecclesiology, and Webster gave two lectures now collected as one in his second book of dogmatic essays, Confessing God. As usual, he demonstrated his characteristic concern for dogmatic precision. Webster refuses to compromise when the gospel is at stake. He insists on theological clarity in order to preserve what must be preserved: the distinction between Creator and creatures, the perfection of God, God’s being-in-act as a being pro nobis.

John Webster has a particular and valuable role to play in contemporary theology. Some have called Pope Benedict XVI, while still Cardinal Ratzinger, the “watchdog of the Vatican.” While the comparison is misleading, Webster is the “watchdog” for a Reformed Protestantism schooled by Barth. I say “misleading,” because in reality Webster is seeking to be what all theologians should and must be: not watchdogs (and not for any particular tradition), but rather always and only witnesses to the triune God revealed in Jesus Christ.

Webster is a brilliant expositor of Barth and Jüngel. He is responsible both for the current renaissance in Barth studies and for whatever interest exists in Jüngel in English-speaking countries. His own dogmatic work continues to grow and take shape in response to these two figures. In speaking with him this week at a Barth Conference, he told me about his current work on a commentary on Ephesians, and that in perhaps five years his own systematic theology will be well underway. Whether his focus is on Christology, the canon, hope, holiness, Holy Scripture, or the attributes of God, Webster pursues what he calls a more “theological theology,” whose distinctiveness lies “in its invocation of God as agent in the intellectual practice of theology” (Confessing God, 25). The triune God of grace is not only at the center of his work, but actually shapes it as the God who acts. Webster knows that he only receives what he is given.

In an introduction to Jüngel’s recently published work in English, Justification: The Heart of the Christian Faith, Webster writes the following about Jüngel’s polemicizing: “This feature of Jüngel’s work . . . is generated by an understanding of theology as . . . a call to intellectual self-examination and repentance. Jüngel’s book . . . does not think that building consensus means suspension of strong conviction. . . . In short, for Jüngel, contending about the truth is itself a contribution to ecumenism, since it is the truth of the gospel which is the only ground of the church’s peace” (xiii-xiv).

The same can truly be said of John Webster himself.
Email Post
Labels: Barth

David W. Congdon said…
Webster has yet to produce a systematic theology, so the best place to begin is with his essays, collected thus far in Word and Church and Confessing God. These are excellent essay collections, and I turn to them time and again. His two dogmatic works are Holiness and Holy Scripture, and I recommend them both. They are quite accessible, and if the topics interest you theologically, you may wish to begin there.

Of course, the bulk of his work consists in explications of Barth's theology. If you wish to read his stuff on Barth, you should begin with his book simply titled, Barth.
May 29, 2006 7:14 PM

Jordan Barrett said…
Does anyone know where Webster studied and who he studied under? I've never been able to find this info. Thanks, and great post
May 30, 2006 5:00 PM

Chris TerryNelson said…
Way to go David. Webster taught a session on Barth's early theology in my class on Barth at St. Andrews w/ Alan Torrance. I think it was your amazon review for Confessing God that really helped me see how important his work is these days.
May 31, 2006 4:23 PM

Anonymous said…
Webster studied at Cambridge and wrote a brilliant dissertation on Jungel which later was published as an Intro to Jungel's thought. I think George Newlands was his supervisor tho' it could have been Stephen Sykes. He then went to Wycliffe Hall in Toronto (with maybe a short appointment at St John;s in Durham first) then took Rowan William's place as Lady Margaret at Oxford, then moved to Aberdeen.