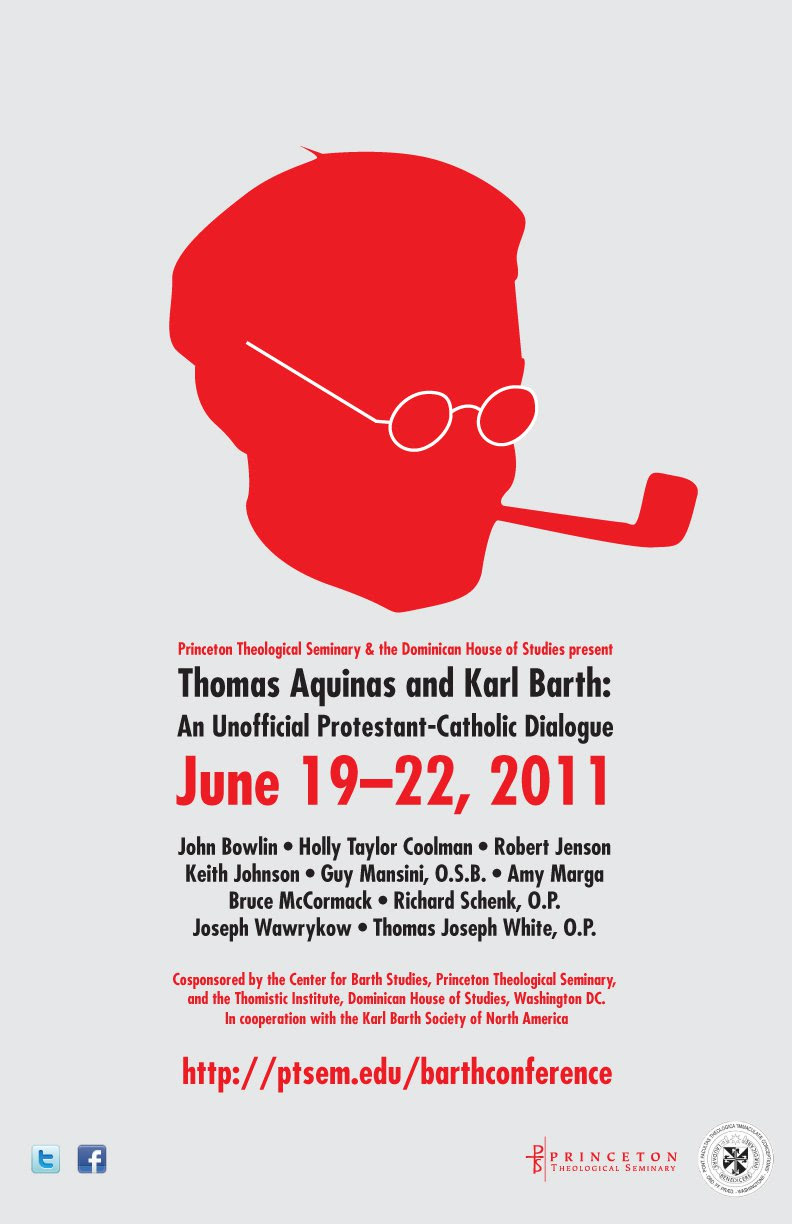 The annual Karl Barth Conference is taking place again this summer at Princeton Theological Seminary. This year the topic is very exciting: “Thomas Aquinas and Karl Barth: An Unofficial Protestant-Catholic Dialogue.” The conference is co-sponsored by the Center for Barth Studies at Princeton Theological Seminary and the Thomistic Institute of the Pontifical Faculty of the Immaculate Conception at the Dominican House of Studies. You can sign up to receive news and updates. You can also follow the conference on Facebook and Twitter. (Show them some love and sign up today, if you haven’t already!)

For those who have been keeping score, there have been two major Catholic-Protestant conferences in the past several years that have helped lead up to this conference. The first was the 2007 Providence College Symposium on “Divine Impassibility and the Mystery of Human Suffering,” at which Bruce McCormack and Robert Jenson offered Protestant and post-Barthian perspectives in favor of divine passibility. The proceedings from that conference were published in 2009. The second was the 2008 conference on “The Analogy of Being: Invention of the Anti-Christ or the Wisdom of God?” Bruce McCormack and John Webster represented Barth’s position at that event. Those proceedings were very recently published in December of 2010.

All of that leads up to the conference event coming up this summer. Whereas the previous conferences were stacked in favor of the Catholic position, with a minority Barthian representation, this upcoming conference is being structured as a point-counterpoint dialogue. There are five areas or doctrines under discussion, each with a Protestant and Catholic scholar speaking:

Registration for the conference is $125. There is also a special $60 rate for graduate students, though there are only 30 spots available—so claim them soon! Lodging and meals are optional, but they are also available: $65/night for lodging, and $70 for all meals.

For more information, contact barth.conference-at-ptsem.edu. It should be an excellent conference with important implications not only for Barth and Aquinas studies, but also for future ecumenical conversations.
Email Post
Labels: Barth Thomas Aquinas