The year 2011 did not set any new standards in music. It was not 2010. The top 3 albums from last year are easily better than anything from this year. But in many ways it was a year of new beginnings, as many new talented artists released surprising debuts (James Blake, Katy B, Youth Lagoon, Cults, Washed Out) and seasoned artists pushed their music in new directions (M83, Beirut, Radiohead, Mates of State, Destroyer, Danielson).

This was the Year of Electronic Music. The seeds that were sown in 2010 bore fruit in 2011. James Blake is perhaps most symbolic of this trajectory, but the influence of electronic music can be seen everywhere. The rise of dubstep as a legitimate and serious mode of pop music is perhaps the most exciting development.

My pick for the most surprising album goes to Mates of State for Mountaintops. I’ve long been a huge fan of their music, but the last few albums have been lackluster compared to their earlier work. The new album does not retread old ground, but it brings back a lot of the old magic. It is one of their best albums ever. My pick for the biggest disappointment is an easy one: TV on the Radio, Nine Types of Light. After the stunning achievement of Dear Science, I expected something truly magnificent and groundbreaking for their follow-up effort. Unfortunately, it is their least engaging and most uninspired product. No doubt the loss of bassist Gerard Smith on April 20 due to lung cancer was a huge blow to the band. I can only hope that they are able to recover soon and fulfill the promise of their earlier albums.

What follows are my top 50 albums of the year. Only the top 25 are ordered in a way that I feel more or less confident about; the bottom half are open to (nearly daily) revision. 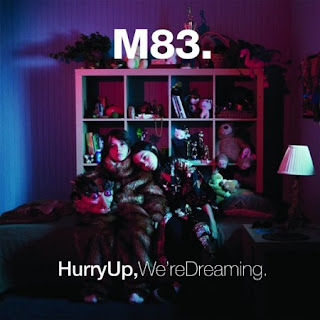 Each year seems to have at least one album that expands the definition of “epic.” In 2011, that album was the stunning two-disc work by Anthony Gonzalez.

Overrated? Hardly. But even if it is, it’s for good reason. Justin Vernon’s sophomore album does much more than merely assuage those worried that his debut might have been a lucky accident born out of an unrepeatable revelatory experience in the Wisconsin woods. And if I hear one more complaint about the cheesiness of the last song, I might lose it.

The Antlers had a tough act to follow after their beloved Hospice, but this is, I think, the superior album. It might be the album I listened to most in 2011, and it will probably be the one that has the longest listening life.

Blake came on the scene in a big way with three magnificent EPs in 2010. His self-titled debut brought his singular (post-)dubstep vision into full focus. Of all the albums from this year, this one still strikes me as the most artistically impressive.

Katy B was for 2011 what Robyn was for 2010: a supremely talented female artist producing club-ready music without the mainstream recognition that each deserve. Kathleen Brien was indeed on a mission this year, and it paid off beautifully.

The husband-and-wife duo of Dan Boeckner (of Wolf Parade fame) and Alexei Perry fulfilled their promise with their third album, Sound Kapital. This album did for me what Sleigh Bells did last year: it gave me total sonic bliss. It was as if someone had extracted the magical kernel within Apologies to the Queen Mary and dressed it within the garb of electronic indie pop. It was love at first listen.

7. Youth Lagoon, The Year of Hibernation

The debut album by Youth Lagoon, the stage name of Trevor Powers, was perhaps the biggest and most pleasant surprise of the year. His catchy, atmospheric, dreamy, shoegazy sonic concoction delivers some of the year’s biggest musical thrills.

8. The Field, Looping State of Mind

Swedish minimalist techno artist, Axel Willner, doing what he does best. His third album is his best yet. 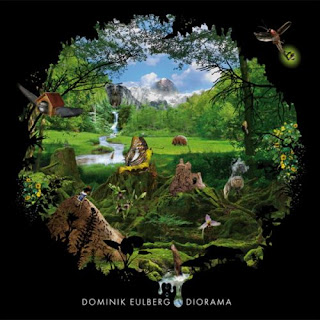 I want to live inside the landscapes of this album. It’s no surprise that the German musical artist occasionally works as a park ranger. If I had to pick a soundtrack for the year, it would be Diorama.

The Cults debut album—self-released in June—is just about the perfect summer pop album. Its effortless blend of post-punk, power pop, and shoegaze makes me happy every time.

12. Washed Out, Within and Without

23. Thundercat, The Golden Age of Apocalypse

26. Danielson, The Best of Gloucester Country

32. John Maus, We Must Become the Pitiless Censors of Ourselves

36. The War on Drugs, Slave Ambient

48. The Decemberists, The King Is Dead

First of all, thank you for including Girls on this list, and as high as you did. I actually think *Father, Son, Holy Ghost* was better than *Album* and you had that at, what #5 or so in a better year for music. But still, thanks at least for putting them above Wilco, though they should be above Radiohead.

But man, do you like bank your indie cred on this list or what? Because other than that I can't think of a single reason why Florence + the Machine's *Ceremonials*, or Lady Gaga's *Born This Way*, or the *Foo Fighter's *Wasting Light*, or the Roots' *Undun* is not on this list. Not a single one of them!

David W. Congdon said…
As much as I love Lady Gaga, I think her new album is pretty lame and generic compared to her earlier work. I don't like Foo Fighters one bit. The Roots are very good, but nothing very exciting; their best work is behind them, I think. Flo + Machine is great, and they might deserve a top 50 slot. I didn't listen to that album beyond the first time, and it just didn't stick in my mind. Maybe some more listens would change that.

As for Girls, I was being pretty generous. I think it's an accomplished album, but I don't enjoy listening to it all that much. Not my type of music.
January 04, 2012 3:47 PM

Unknown said…
So these are you *personal* top 50 albums from 2011? Like your favorites? I totally get that.

Unknown said…
Of course. I suppose I was just more interested in why those albums in particular were not among your favorites. I'm just impressed you've listened to enough albums to have a top 50. I could do a top 10, but that would only be because I think maybe I've only listened to 10 new albums this year! ;-)

David W. Congdon said…
Tom Waits belongs to a long of albums that I wasn't able to get around to. My list would no doubt look very different if I had listened to some of these other albums.

Also, I should clarify my comments about Lady Gaga. I absolutely love her stuff and I think her new album is far more theologically interesting than her earlier work (hence my appreciation for Peter's work). But I was very disappointed in terms of its musicality.
January 06, 2012 4:11 PM

DanO said…
Personally, I didn't find the Tom Waits album super exciting. That said, it's still a Tom Waits album, which means it's better than most everything else (IMO, of course). Also makes me hope that he will tour again...

I would have WU LYF a lot higher, and Girls would be up there as well (a bit of a surprise for me based on their earlier stuff). I'm glad to see The Antlers so high because I thought Burst Apart was kick-ass (although I preferred Hospice, mostly because events in my personal life resonated very strongly with that album when it was released... which sucked but made for some great listening!).

I'm a sucker for The Mountain Goats so I would have them higher (NB: I tend to rate albums, not on their coherence or whatever else, but based upon the number of songs found on the album that resonate with me personally). Also, I noticed that you didn't mention The Airborne Toxic Event and, although I didn't dig their earlier stuff all that much, their 2011 album was amongst my favourites.

Here are a few albums that you might have missed. I'm not sure how they rank, but there is a lot of great music on them.

David W. Congdon said…
Apparat is #40, but I've been listening to and loving that album so much that I'd be willing to bump it up a good 15 places. St. Vincent is another album I left off only because I hadn't listened to it enough, but it definitely deserves a spot. Many other albums as well.
January 17, 2012 5:47 PM

kylejacobritter said…
It's one of those slow burners that will be in your top 5 by the time you've played it for a week. I promise. Thanks for the list!
January 24, 2012 10:09 AM